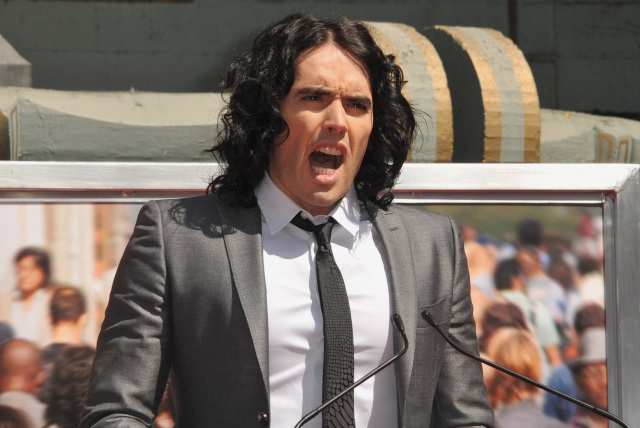 (Republican Party News) – Recently, House Speaker Nancy Pelosi awkwardly responded to a question about her husband’s activities in the stock market and if he was acting on information given to him by her.

The particular stocks in question are connected to the microchip manufacturing industry which Congress just so happened to decide to inject money into back in June.

Americans aren’t fooled and neither is British actor and comedian Russell Brand who’s made a name for himself calling out the corruption in politics on any side of the aisle, wherever it may lie.

In a video posted Thursday to Brand’s YouTube channel titled “You’ve Gotta Be F***ing Kidding Me,” the actor expressed doubt that it’s just a happy coincidence that Pelosi just happens to invest in stocks related to companies being regulated or supported by congressional legislation.

“Are members of Congress, Nancy Pelosi, becoming rich because they are lucky, or is it because they have access to insider trading information that they then give to their husbands who trade on the stock market?” Brand opened the video asking.

He went on to slam Pelosi for the obvious abuse of insider information after the news came out that Paul Pelosi had exercised an option to buy 20,000 shares of Nvidia — a technology company that manufactures microchips — in June just before Congress voted on legislation boosting the semiconductor industry.

According to The Hill, the stocks were worth between $1 million and $5 million.

After the purchase made headlines and raised eyebrows from coast to coast, Paul Pelosi decided to dump the stocks for a loss “rather than allow the misinformation in the press regarding this trade to continue,” according to a spokesman.

“Now, if you see a connection between Nancy Pelosi debating about whether to give billions of dollars of support to the chip industry, and Paul Pelosi investing in the chip industry, you’re obviously some sort of conspiracy theorist,” Brand said of people who have only pointed out the obvious.

The bill regarding the microchips was created to support domestic manufacturing of the chips rather than relying on China for the technology. The chips are used to power American smartphones, cars, and computers among other technological equipment and devices. NPR reports Joe Biden is expected to sign the bill into law.

Brand didn’t stop at just calling out the obvious corruption. He continued on, mocking Nancy Pelosi’s extremely awkward and guilty response to a reporter’s question regarding her husband’s stock market activity.

“If ever you’re asked a difficult question in public and you don’t answer it, there’s a few simple tips,” he said.

“First, ask them to repeat the question, then sort of crane forward all weirdly,” Brand said.

“Then say, ‘no,’ as if you’re sort of offended by that, even though perhaps all day at work you’ve been debating whether or not to give billions of dollars to the chip industry, your husband has just invested in the chip industry.”

Brand played the news conference clip showing the speaker weirdly pushing down a microphone and then walking away to avoid any further questioning.

As Brand pointed out, if Pelosi did give her husband insider information in order to benefit financially from the stock market, she’s certainly not alone.

He expressed concerns over the system that allows members of congress to invest in stock trades while supporting related legislation.

He shared from the trading tracker Unusual Whales that in 2021 alone, members of Congress bought and sold almost $290 million in equities. He also pointed out that most senators have been late in disclosing their trades to the public last year. The disclosure deadline for elected officials is 45 days.

“They’re using information that they get while in Congress to make investments that they know are gonna pay out. And that is corruption — more than corruption, it’s crime,” Brand said.

He slammed politicians on both sides of the aisle for engaging in this practice including Democrat Sen. Dianne Feinstein of California and Republican Sen. Rand Paul of Kentucky.

It’s about time for someone to put some checks and balances on Congress. These people are becoming millionaires thanks to the insider information they are privileged to have access to after being voted into office by we, the people.