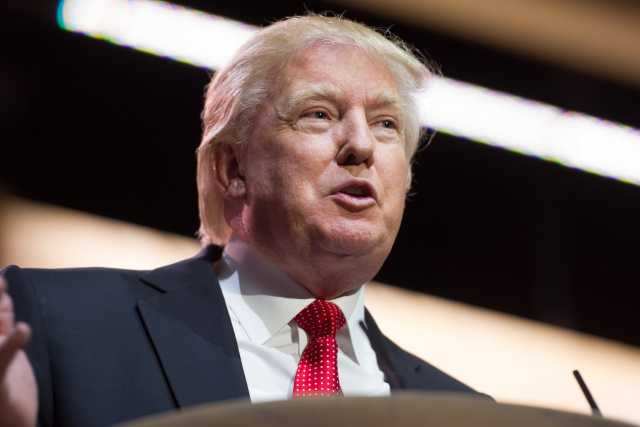 (Republican Party News) – The legal team representing former President Donald Trump has fired back at the Justice Department after a rather explosive filing from prosecutors Tuesday that featured a photograph of classified documents that were taken from his home, which was raided by the FBI, back in the early part of August.

According to a report published by the Washington Examiner, the legal team’s response, which was put out just before the 8 p.m. deadline, is the last submission leading up to a hearing concerning the request Trump has made for a special master, which is set to take place on Thursday. Not only did Trump’s team of lawyers make a demand for an independent review with broad authority, they also slammed the whole investigation within the content of the 19-page document.

“The DOJ opposes a third-party review of the materials seized from Mar-a-Lago earlier this month by the FBI. In their filing Tuesday, prosecutors said the ‘appointment of a special master is unnecessary and would significantly harm important governmental interests, including national security interests,’ and would impede the government’s ongoing criminal investigation,'” the WE report went on to say.

The report then noted that a “filter team” from the government has “already completed its work of segregating any seized materials that are potentially subject to attorney-client privilege, and the government’s investigative team has already reviewed all of the remaining materials, including any that are potentially subject to claims of executive privilege,” the DOJ filing stated.

President Trump’s team of legal professionals are making the argument that the constitutional rights of their client were violated. They went on to say that there is a possibility that privileged documents might have been among the materials taken during the FBI’s raid on the Mar-a-Lago estate, also noting that Trump is now seeking the appointment of a special master to look over the evidence taken by the bureau from his home.

“In general, the Court should task the special master with conducting a review of all of the Seized Materials, not only those seized from the ’45 Office’ and identified by the Privilege Review Team as potentially privileged, to identify documents subject to the [Presidential Records Act] and attorney-client and/or executive privileges. Thereafter, the special master should have the duty of adjudicating any privilege or categorization disputes that arise between the parties,” the president’s legal representation remarked in their filing on Wednesday.

While Trump continues to maintain that he declassified all of the documents he stored at Mar-a-Lago, the team of lawyers representing him did come out and agree with the government that “it would be appropriate for the special master to possess a Top Secret/SCI security,” going on to add the court “should direct the parties to confer and submit a joint list of proposed candidates by September 7, 2022,” noting the special master “should be required to submit an affidavit concerning any potential bases for disqualification before this Court issues an appointment order.”

Trump’s team then said that the government should provide it, along with the special master, with a “a copy of the Seized Materials, a copy of the Search Warrant, and an unredacted copy of the underlying application materials. In light of the deficiency of the initial property inventory (inventory) unsealed by the Government, the Movant respectfully asks for access, even if under seal, to the recent submission by the Government that purports to better particularize the seized items and the location of their seizure. The special master should also have access to any other relevant materials, information, or individuals that are necessary to perform the assigned duties.”

Just last week, the former president’s attorneys filed a motion to request the appointment of the special master mentioned above, making the argument that the raid of his Florida property was a “shockingly aggressive move.” This is a sentiment a whole lot of Americans agree with. In fact, if we didn’t know any better, we’d assume the raid had little to do with classified documents and a whole lot more with political attacks against a former president in a bid to find some kind of way to disqualify him from running in the 2024 presidential election.

This would mean that the current administration weaponized the FBI and turned it loose on Joe Biden’s potential competition. Not a good look.

Judge Aileen Cannon of the Southern District of Florida seemed to signal that she was in agreement with Trump in her “preliminary intent” in the request for a special master.

“In what began as a National Archives effort to retrieve documents from Trump after he left office and led to a Justice Department investigation, classified documents have been obtained from Trump’s Mar-a-Lago resort, including what the government says are dozens of records with classification markings. A photo included as an exhibit in the DOJ filing on Tuesday shows a series of documents on a carpeted floor, some with “secret” or “top secret” marked on them. A box with a framed copy of Time magazine Trump was on the cover of can also be seen in the photograph,” the Washington Examiner reported.

According to the unsealed warrant, Trump was being investigated by the Justice Department for potential violations of the Espionage Act and for obstruction of justice. The affidavit, which had a ton of redactions made to it, pointed out that the “government is conducting a criminal investigation concerning the improper removal and storage of classified information in unauthorized spaces, as well as the unlawful concealment or removal of government records.” It then went on to add that there is “probable cause to believe that evidence of obstruction will be found.”

On Wednesday, Trump’s team launched an accusation at the DOJ suggesting they have “significantly mischaracterized” a meeting that took place back in June between representatives of the former president and federal investigators, going on to drop the hammer on prosecutors for “gratuitously” including a picture of “allegedly classified materials, pulled from a container and spread across the floor for dramatic effect” in the filing it made on Tuesday of this week.

Trump’s attorneys then said, “The Government pretends these are not historically important moments, telling this Court that not only does it object to a Special Master, but that the Movant should have no opportunity to challenge any aspect of this behavior and decision-making.”

Concerning the photograph, Trump wrote in a post on Truth Social, “The DOJ and FBI are practicing Election Interference at the highest and most dishonest level our Country has ever seen before, both in the Midterms, and the 2024 Presidential Election.”

“There seems to be confusion as to the ‘picture’ where documents were sloppily thrown on the floor and then released photographically for the world to see, as if that’s what the FBI found when they broke into my home. Wrong!” he stated in another post on Truth Social. “They took them out of cartons and spread them around on the carpet, making it look like a big ‘find’ for them. They dropped them, not me — Very deceiving … And remember, we could have NO representative, including lawyers, present during the Raid. They were told to wait outside.”

Again, this seems like just another attack by the radical left designed to stop Trump from running for the White House against Biden, assuming he’s not in a nursing home by then. Let’s hope Trump continues to fight back and that his attorneys help preserve not only his rights, but through this battle, ours as well.